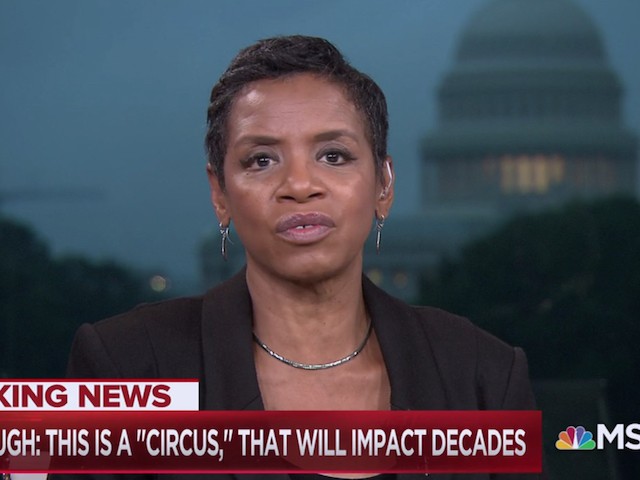 Edwards said, “Like a lot of America, I was riveted by it. First, of course, by the very compelling and credible testimony of Dr. Ford. She came across as a real human being, just telling her story. And then of course listening to Judge Kavanaugh and it was surprising to me that he seemed like a bully, frankly, and it reminds me—it took me back to my old days as a victim’s advocate working with victims of domestic violence and sexual assault and seeing their perpetrators across the table or across the courtroom and that kind of confrontation and it really felt very much like that. And so I was struck. I was struck by the fact that he kept interrupting the Democratic senators. It was unbelievable, in fact. And he showed the most interruption I think to some of the women members of that Senate panel. And then, of course, he would not answer the question ever about submitting to or making a request to the White House for an FBI investigation. And I think that that was damning. I think that if he believes his truth, then he should want to submit that so that he could enter the court, if he’s going to do that, without anything hanging over his term, and he is unwilling to do that, and that suggests to me that he doesn’t want to find out the answers to that question, and he doesn’t want the rest of us to find out either.”

She added, “He sort of modeled if you will, the man who nominated him, President Trump. He was very belligerent and angry, and clearly, there were emotional moments talking about his family. I imagine it would be difficult for your family to hear about this testimony and what I was shocked by is that at the end the fact that he actually did not watch Christine Ford’s testimony. I think that that is very, very telling.”