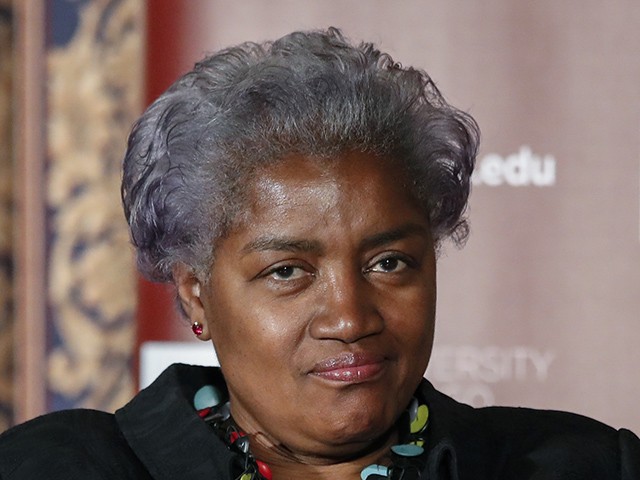 Saturday on Fox News Channel’s “Fox & Friends,” Donna Brazile said the reason Hillary Clinton was not president was because “the country was attacked” by Russia.

Brazile claimed that “she was the main victim of that attack.”

When asked about Hillary Clintion being the keynote speaker of a cybersecurity summit, Brazile said, “Let me just say this, she understands the threat. I’m sure she will talk about the remedies and what we should do going forward. As a former secretary of state she understands part of our arsenal to defend our nation is not just having bombs and all this other stuff. We have to have a good cybersecurity strategy.”

She continued, “The reason she’s not in the White House today is the country was attacked and she was the main victim of that attack.”

Co-host Jedediah Bila said, “A lot of voters feel she’s not in the White House because she lied about sending emails over an insecure server. She missed whole states, she decided not to go to certain states.”

Brazile said, “I agree there are also reasons number 1, number 2, number 3, but I guarantee you one of those three is because the Russians attacked the United States of America.”