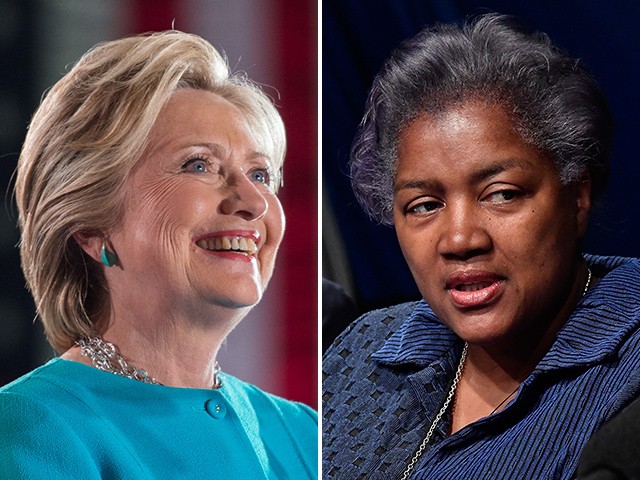 Speaking before attendees of The Wall Street Journal CEO Council on Monday, Brazile was asked whether Clinton will launch another campaign for the highest office in the land.

The remarks come after longtime Clinton aide Philippe Reines dismissed talk about another Clinton bid, telling The Hill that his former boss is “more likely to win Powerball.”

A second unnamed Clinton aide told the news outlet that a run is not in the cards. “I think it would be pretty damn clear if she was,” the aide said.

However, not everyone is convinced the 71-year-old will opt to stay on the sidelines in 2020. In a Wall Street Journal opinion-editorial last month, former Clinton pollster Mark Penn wrote the former Secretary of State is gearing up to challenge President Donald Trump, who defeated her in the 2016 presidential election.

“True to her name, Mrs. Clinton will fight this out until the last dog dies,” wrote Penn and co-author Andrew Stein. “She won’t let a little thing like two stunning defeats stand in the way of her claim to the White House.”

“You can expect her to run for president once again,” the pair added. “Maybe not at first, when the legions of Senate Democrats make their announcements, but definitely by the time the primaries are in full swing.”

Perhaps the person most responsible for keeping buzz about a possible bid alive is Clinton herself, who said last month that she would like to be president and would hold off on thinking about running until the midterm election were in the history books.