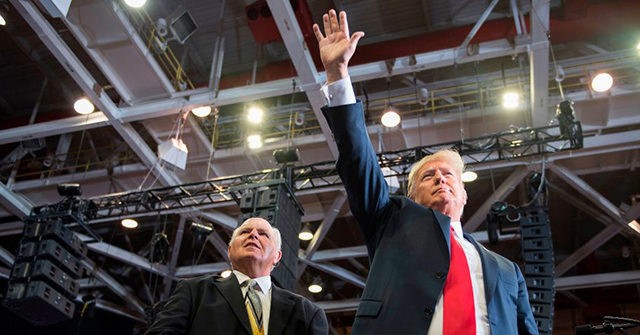 “There’s nobody more brave … you talk about a fighter. He is fighting. You never saw a fighter like Rush,” Trump said.

The president spoke about Limbaugh during a campaign rally in North Carolina.

On Monday, Limbaugh told listeners that he had “some recent progression” in his fight against cancer but said that it was terminal.

Trump recalled that he gave Limbaugh the Medal of Freedom during his State of the Union address in February after the broadcaster was diagnosed with cancer.

“Rush is having a hard time. And let me tell you something: he is something special,” he said.

Trump praised Limbaugh for speaking three hours a day on his show that has been syndicated nationally for 31 years.

“It’s tough to realize that the days where I do not think I’m under a death sentence are over,” he said. “Now, we all are, is the point. We all know that we’re going to die at some point, but when you have a terminal disease diagnosis that has a time frame to it, then that puts a different psychological and even physical awareness to it.”