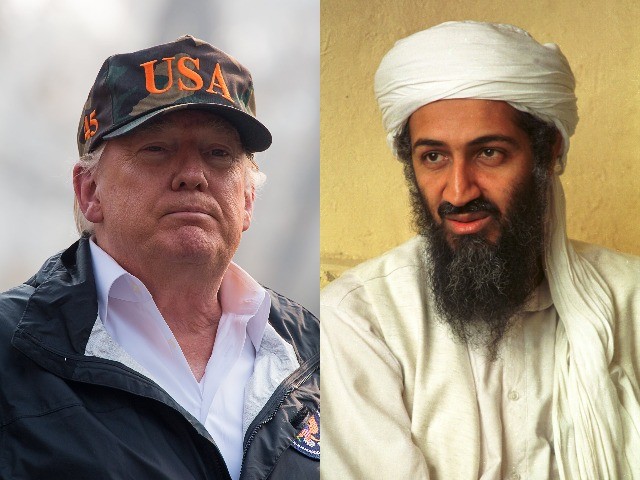 “Of course we should have captured Osama Bin Laden long before we did,” Trump said.

In an interview with Fox News Sunday, Trump dismissed Retired Admiral Bill McRaven, a Navy SEAL who commanded the special forces operations that took out Bin Laden, who criticized Trump’s attempts to delegitimize the press.

“Would it have been nicer if we got Osama Bin Laden a lot sooner than that, wouldn’t it been nice?” Trump said replied when host Chris Wallace cited McRaven.

McRaven said that Trump’s characterization of the media being “the enemy of the American people was “perhaps the greatest threat to democracy in my lifetime.”

Trump dismissed McRaven as a supporter of Hillary Clinton, his former rival for the presidential race, and former President Barack Obama.

In response, McRaven denied that he supported Clinton in the 2016 presidential race, but clarified that he was a supporter of President Barack Obama and President George W. Bush.

Trump recalled on Twitter that he wrote in his book that former President Bill Clinton “missed his shot” to take out Bin Laden in the 90s prior to the 9/11 terrorist attacks.

“We paid Pakistan Billions of Dollars & they never told us he was living there,” he added. “Fools!”

Trump said the United States would no longer pay Pakistan billions of dollars.

“They were just one of many countries that take from the United States without giving anything in return,” he said. “That’s ENDING!”

Of course we should have captured Osama Bin Laden long before we did. I pointed him out in my book just BEFORE the attack on the World Trade Center. President Clinton famously missed his shot. We paid Pakistan Billions of Dollars & they never told us he was living there. Fools!..

….We no longer pay Pakistan the $Billions because they would take our money and do nothing for us, Bin Laden being a prime example, Afghanistan being another. They were just one of many countries that take from the United States without giving anything in return. That’s ENDING!