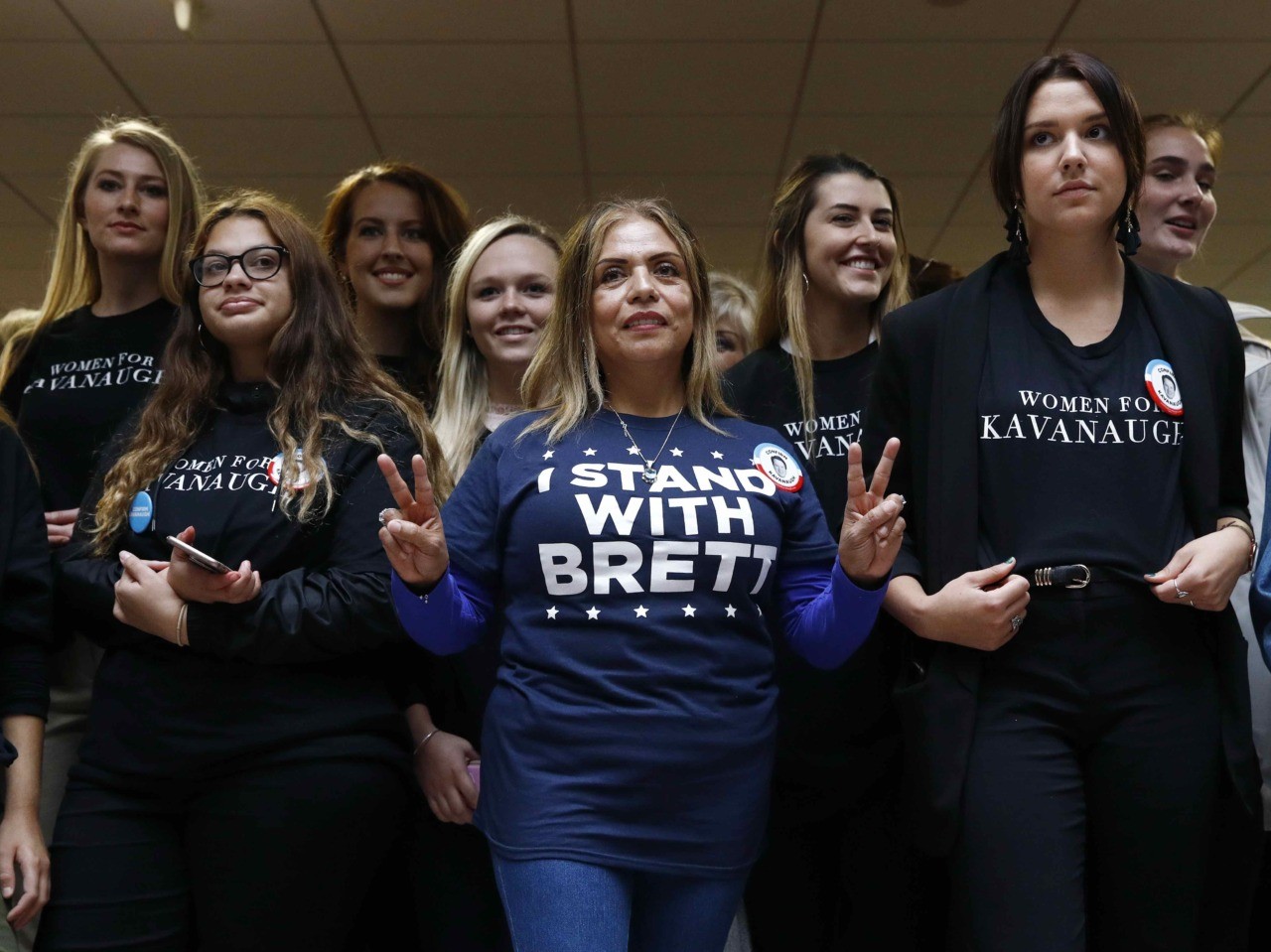 President Donald Trump defied the notion that most American women we deeply upset by the Senate confirmation of Supreme Court Justice Brett Kavanaugh on Saturday.

“You have a lot of women that are extremely happy. A tremendous number of women,” Trump said to reporters who asked him to respond to the women who were upset by the ruling.

The president commented on the narrow Senate confirmation vote to confirm Kavanaugh during his trip aboard Air Force One to Kansas. A handful of leftist women protesters were dragged out of the Senate chamber during the vote, shrieking as Senators moved forward with the confirmation.

“When you hear those screamers in Congress today, the screaming, you see how orchestrated it is, how phony it is,” Trump said, referring to the protesters. “They practice it together and they do it with the Democrats.”

White House Press Secretary Sarah Sanders confirmed that Trump called Kavanaugh at the end of the Senate vote. He was sworn into office later Saturday evening.

Trump asserted that many women were concerned with the Kavanaugh proceedings were worried about men in their lives.

Trump said that many women were in some ways more upset than men by the uncorroborated accusations by Christine Ford.

“Women were outraged at what happened to Brett Kavanaugh, outraged, and I think that’s a total misnomer because the women, I feel, were in many ways stronger than the men in his favor,” Trump said.

When reporters asked if he believed that Ford misidentified an attack from Kavanaugh over 30 years ago, Trump replied, “100 percent.”

He pointed to the lack of additional accusers in Kavanaugh’s life and career, noting his record of service in other courts.

“One of the reasons I chose him is because there is nobody with a squeaky clean past like Brett Kavanaugh,” Trump wrote. “He is an outstanding person and I’m very honored to have chosen him and he will be there for many years.”