Trump marveled at the destructive power of the storm, noting that some houses were swept off the foundation by flooding and powerful winds.

“Many of these people have no homes. Some of them have no trace of a home,” Trump told reporters at the airport. “You wouldn’t even know it. It just got blown right off the footing.”

Trump personally thanked Scott for doing an “incredible job” and said the federal government would continue providing food and supplies to the storm victims.

Scott thanked Trump for assisting the state as they responded to storm victims and worked to recover.

“We talked almost every day. Everything we asked for, they delivered,” Scott said.

The president and first lady traveled aboard helicopters to view the devastation in Panama City and Mexico Beach as well as Tyndall Air Force Base, which was heavily damaged by the storm.

The Trumps also toured the damage in Lynn Haven, Florida, and handed out supplies to residents. 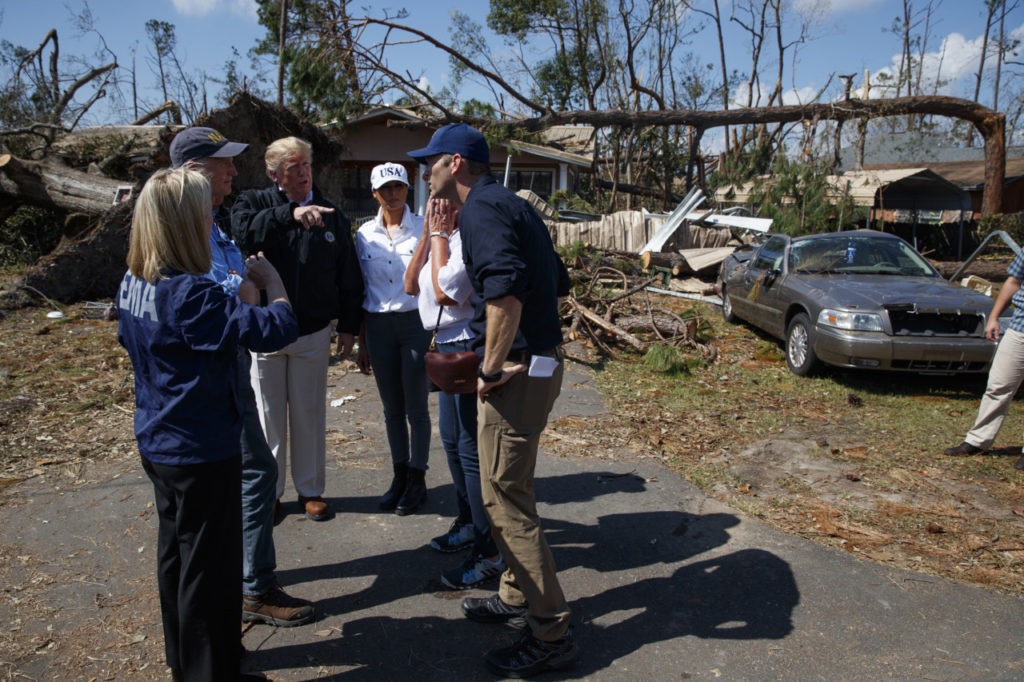 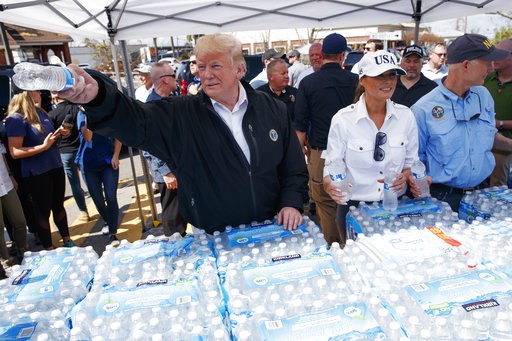 “These are massive trees, that have been just ripped out of the earth,” Trump told reporters. “We’ve seen mostly water. And water can be very damaging, and scary when you see water rising 14 or 15 feet. But nobody’s ever seen anything like this. This is really incredible.”