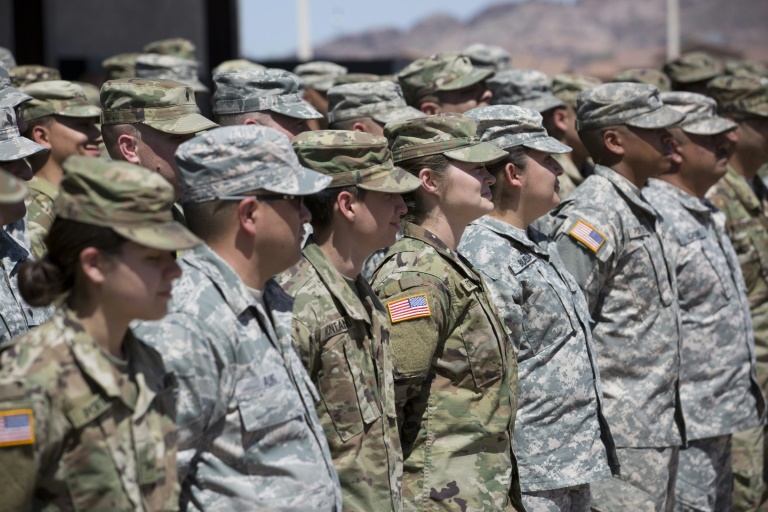 President Donald Trump said Wednesday he was willing to deploy up to 15,000 troops to protect the Southern border.

“We’ll do up to anywhere between ten and 15,000 military personnel, on top of border patrol, ICE, and everybody else at the border,” Trump said. “Nobody is coming in.”

The president made his remarks to reporters as he left the White House for a campaign rally in Florida. The Pentagon announced Monday their plan to deploy 5,200 soldiers to the border.

Trump also said he would end the practice of “catch and release” by setting up “tent cities” for migrants at the Southern border who claimed asylum.

“We’re not going to release and let them never come back to trial,” he said. “We’ll build tent cities, we’ll build whatever we have to build in terms of housing, but we’re not doing releases.”

Trump dismissed a reporter who asked him if he was “fear-mongering” about the migrant caravan of over 4,000 people traveling through Mexico to the Southern border.

“No, not fear mongering at all,” he said. “Immigration is a very important subject.”

Trump reminded reporters that Democrats refused to act on any effort to change the immigration laws to close the asylum loopholes.

He also noted that the migrants in the caravan would end up on the border quickly, despite the arduous journey through Mexico.