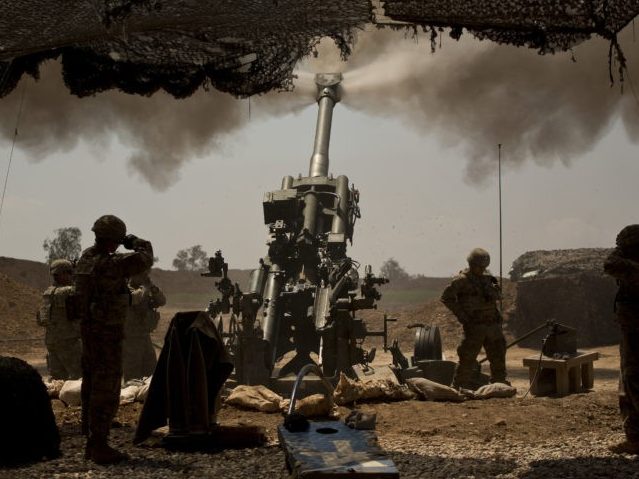 “We’ve been there for 19 years, almost, we are fighting very well. We’re fighting harder than ever before. I think they’re tired and, I think everybody’s tired,” Trump said. “We got to get out of these endless wars and bring our folks back home.”

The president discussed the issue with CBS anchor Margeret Brennan in an interview on Sunday.

Trump added that if pockets of terrorists emerged in Afghanistan and Syria, he would have no problem sending the military back to destroy them.

“We’ll come back if we have to. We have very fast airplanes, we have very good cargo planes. We can come back very quickly,” he said.

Trump argued against keeping armies on the ground in Afghanistan to fight terrorists.

“You’re going to have pockets, but you’re not going to keep armies there because you have a few people,” he said.

Trump said he would keep troops at a military base in Iraq to help fight terrorism in the Middle East and keep eyes on Iran.

“We have a base in Iraq and the base is a fantastic edifice. I mean I was there recently, and I couldn’t believe the money that was spent on these massive runways,” he said.

The current deployment in Afghanistan, Trump argued, was not economically practical.

“We spent, over the last five years, close to 50 billion dollars a year in Afghanistan,” he said. “That’s more than most countries spend for everything including education, medical, and everything else.”