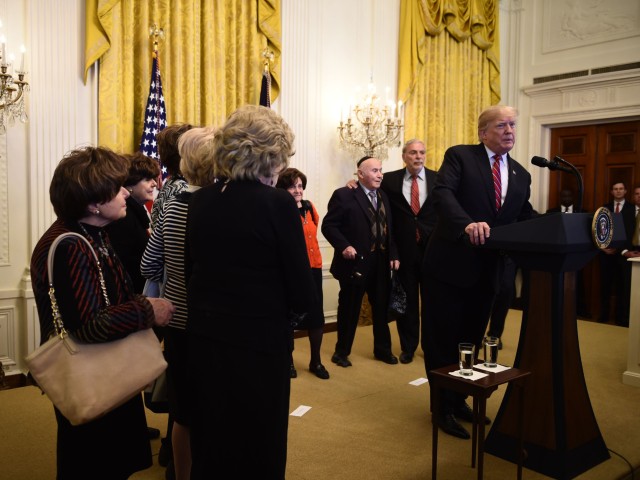 Trump recalled the history behind the Hanukkah feast day, telling the story of the Maccabees that rebelled against tyranny and recaptured the temple.

He called up the survivors of the Holocaust to join him at the front of the room.

“Each of you has endured evil beyond description,” Trump said, praising them for bearing witness to the horrors of the Holocaust. “Today and every day we renew our solemn pledge. Never again.”

He recalled the October shooting at a Jewish synagogue in Pittsburg, again recognizing the victims and praised the congregation who stood against the hate exhibited by the shooter.

Trump vowed to combat anti-Semitism everywhere in the world.

“We must stamp out this vile hatred from the world,” he said.

The president also highlighted his decision to end the Iran deal and move the U.S. embassy to Jerusalem as well as his close relationship with Israel.