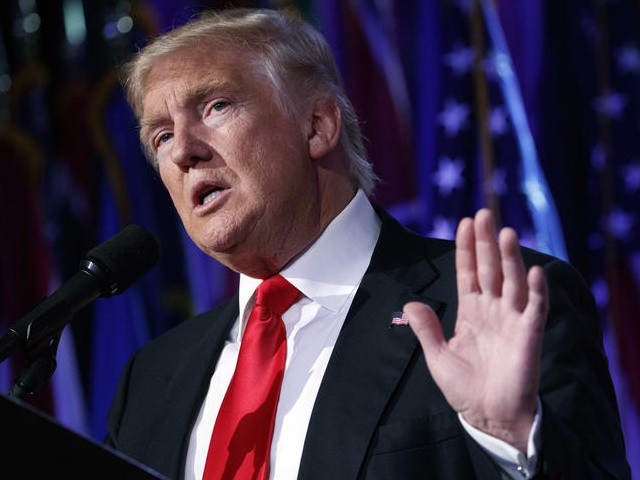 President Donald Trump signaled energy on Thursday for the ongoing government shutdown fight, vowing to his supporters that he will not back down.

Trump cited Fox News’s morning report of support for his promised wall on the southern border–that his supporters do not want him to back down.

The president leaves Thursday morning to visit a section of the border in Texas to highlight his demands in the ongoing fight with Democrats in Washington.

Trump said Republicans were united in the House and the Senate, despite media reports citing growing Republican dissent with the fight. He described the media as the “Opposition Party.”

“The Opposition Party and the Dems know we must have Strong Border Security, but don’t want to give ‘Trump’ another one of many wins!” he wrote.

On Wednesday, Trump abruptly left a White House meeting with Democrats when it was clear that Speaker Nancy Pelosi was not prepared to make a deal with the president, despite offers of concessions:

“Great support for Border Security and the Wall.” @foxandfriends Even greater than anyone would know! “Presidents supporters do not want him to cave.” @SteveDoocy I won’t!

There is GREAT unity with the Republicans in the House and Senate, despite the Fake News Media working in overdrive to make the story look otherwise. The Opposition Party & the Dems know we must have Strong Border Security, but don’t want to give “Trump” another one of many wins!