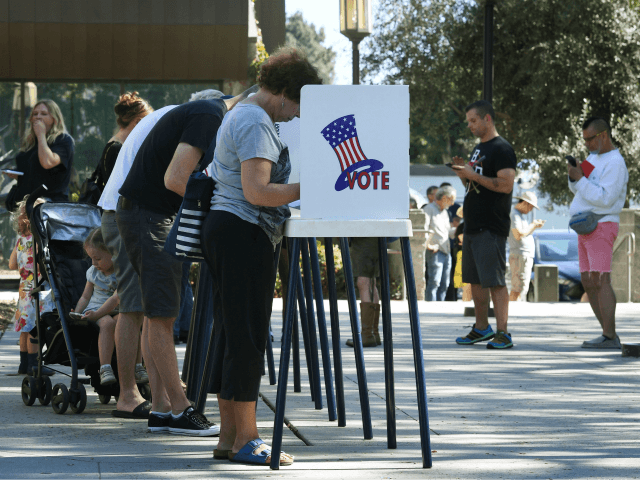 “Anyone caught will be subject to the Maximum Criminal Penalties allowed by law,” Trump wrote on Twitter. “Thank you!”

Trump said that all law enforcement officers had been notified to monitor Tuesday’s elections for illegal voting.

Law Enforcement has been strongly notified to watch closely for any ILLEGAL VOTING which may take place in Tuesday’s Election (or Early Voting). Anyone caught will be subject to the Maximum Criminal Penalties allowed by law. Thank you!

The president has a long history of campaigning against election fraud and even launched a federal investigation on the issue in 2017.

The attempt stalled, however, after states refused to turn over their election data.

In January, the president urged the United States to shift to a system that required Voter I.D. to end a “rigged” system.

Many mostly Democrat States refused to hand over data from the 2016 Election to the Commission On Voter Fraud. They fought hard that the Commission not see their records or methods because they know that many people are voting illegally. System is rigged, must go to Voter I.D.