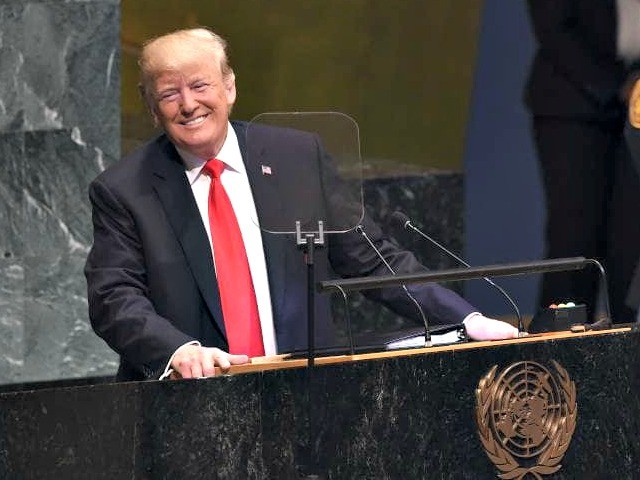 President Donald Trump dismissed Wednesday reports that leaders at the United Nations laughed at him during his speech at the General Assembly.

“That’s fake news, and it was covered that way,” Trump replied to a reporter who asked him why the leaders were laughing.

Leaders of the United Nations laughed when Trump bragged that he might be accomplishing more in his first two years as president than anyone in the history of the United States.

“They weren’t laughing at me. They were laughing with me. We had fun,” Trump said.

Trump said that the leaders in the assembly “aren’t big into clapping” during the speeches.