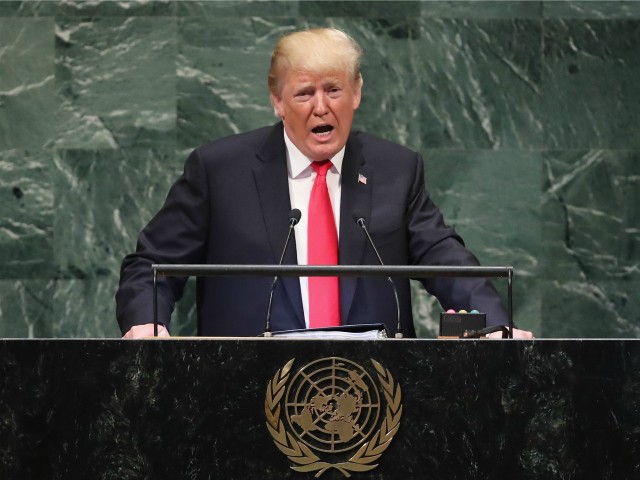 President Donald Trump proclaimed as he spoke to the United Nations General Assembly in New York on Tuesday that he does not like that “OPEC and OPEC nations are, as usual, ripping off the rest of the world.”

The U.S. president commended Poland and warned Germany about energy dependence on Russia that “can leave a nation vulnerable to extortion and intimidation.” He added that the U.S. has become the largest energy producer in the world and that OPEC nations will be forced to contribute more to their own military protection.

“In America, we believe very strongly in energy security for ourselves and for our allies,” Trump told the room. “We have become the largest energy producer anywhere on the face of the earth. The United States stands ready to export our abundant, affordable supply of oil, clean coal, and natural gas.”

“OPEC and OPEC nations are, as usual, ripping off the rest of the world, and I don’t like it,” said Trump. “Nobody should like it.”

President Trump said the U.S. defends many of the OPEC nations “for nothing, and then they take advantage of us by giving us high oil prices. Not good.”

“We want them to stop raising prices. We want them to start lowering prices. And they must contribute substantially to military protection from now on,” he informed the group. “We are not going to put up with it, these horrible prices, much longer.”

“Reliance on a single foreign supplier can leave a nation vulnerable to extortion and intimidation,” Trump warned countries who do so. “That is why we congratulate European states such as Poland for leading the construction of a Baltic pipeline so that nations are not dependent on Russia to meet their energy needs. Germany will become totally dependent on Russian energy if it does not immediately change course.