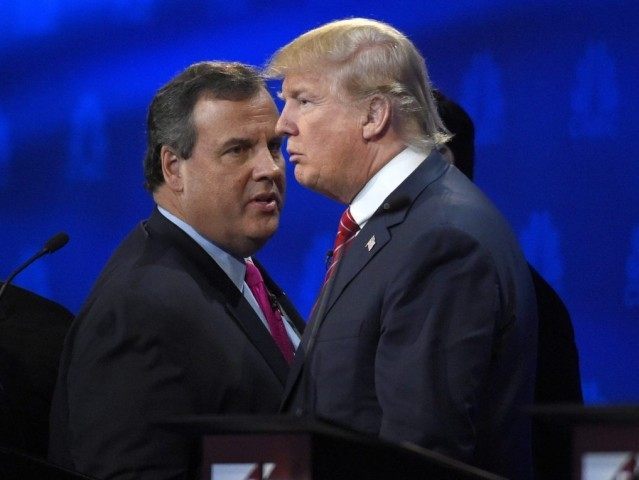 President Donald Trump ridiculed critics of his presidency on Thursday, reminding them that he was the one who was in the White House.

“So great to watch and listen to all these people who write books and talk about my presidential campaign and so many others things related to winning, and how I should be doing ‘IT.’” he said, referring to his presidency.

The president did not single out anyone specifically, but Trump’s friend and political advisor Governor Chris Christie has criticized the president during his media tour. In an interview with CBS late night host Stephen Colbert, Christie said that he would be a better man in the White House than Trump.

So great to watch & listen to all these people who write books & talk about my presidential campaign and so many others things related to winning, and how I should be doing “IT.” As I take it all in, I then sit back, look around, & say “gee, I’m in the White House, & they’re not!

On Wednesday night, Christie said in an interview with Fox News host Laura Ingraham that like Trump, he could have also beat Hillary Clinton in Ohio, Pennsylvania, and Wisconsin.

Christie said that Trump was affecting the Republican party in some ways that were good, praising his actions on trade and getting tough on China. But he criticized Trump for his actions on foreign policy, saying that he “acts impulsively.”

Ultimately, Christie said that Trump was poorly served by his political advisers.

“He needs to get better people around him, Laura,” Christie said, “So many of the mistakes in the first two years of this administration, and I write this in the book, have been unforced errors. Unnecessary errors by people who don’t have experience in Washington, DC.”

Christie said that he would continue giving Trump advice on the phone, despite being passed over multiple times for a position in Trump’s administration.

“He’s my friend and I’m loyal to my friends,” Christie said.

“You don’t feel like he was loyal to you…” Ingraham replied.

“No, he wasn’t,” Christie concluded.