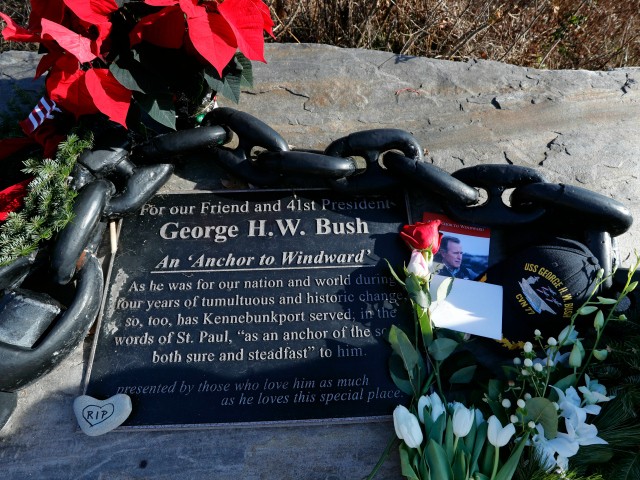 The funeral will take place at the National Cathedral in Washington, DC. Further details regarding the services have yet to be announced. President Trump is scheduled to call former President George W. Bush Saturday morning to offer his and the first lady’s condolences.

“The president and first lady were notified late last night of President George H.W. Bush’s passing,” White House press secretary Sarah Sanders said in a statement. “President Trump is scheduled to speak with President George W. Bush this morning and offer his condolences on behalf of himself, the first lady and the entire country.”

“A state funeral is being arranged with all of the accompanying support and honors,” the statement continued. “The president will designate Wednesday, Dec. 5 as a National Day Of Mourning. He and the first lady will attend the funeral at the National Cathedral in Washington, D.C.”

The American flag is flying at half-staff atop the White House in memory of the 41st president:

WATCH: The American flag is flying at half-staff at the White House in honor of the life of George H.W. Bush. 🇺🇸 https://t.co/ENHjf39Cqb #Bush41 #RIP41 pic.twitter.com/dONHOrbQQD