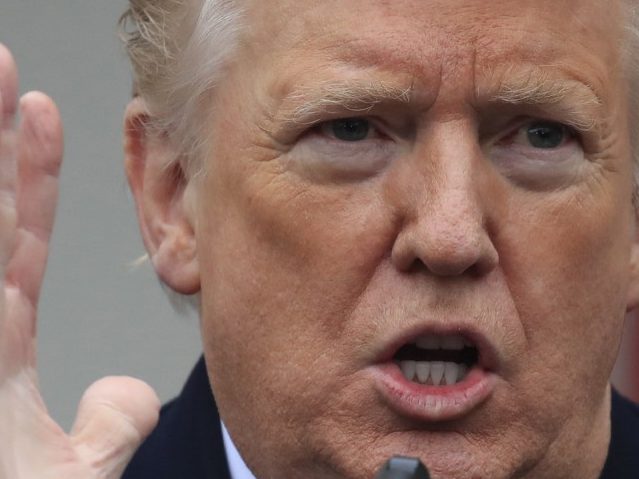 President Donald Trump again confirmed Sunday that he was considering declaring a state of emergency to direct funding to build the wall.

The president said he would make a decision about the declaration in upcoming days.

“We’ll be letting you know fairly soon … we are looking at it very strongly,” he said.

Trump first said that he was considering the state of emergency option on Friday.

Earlier Sunday, he said his decision would depend on whether Democrats would negotiate in upcoming days.

“I may declare a national emergency dependent on what’s going to happen over the next few days,” he said.

Trump declaring a state of emergency would allow him to immediately direct funding to protect the border, although there are several legal questions about how much he could designate without approval from Congress.

“Presidents have authority to defend the nation,” he said in an interview with CNN. “I’m actually heavily involved with it and have been working with all of the cabinet secretaries to try and find money that we can usually use to defend the Southern Border.

Trump also confirmed that he wanted to build a steel barrier, rather than a concrete wall.