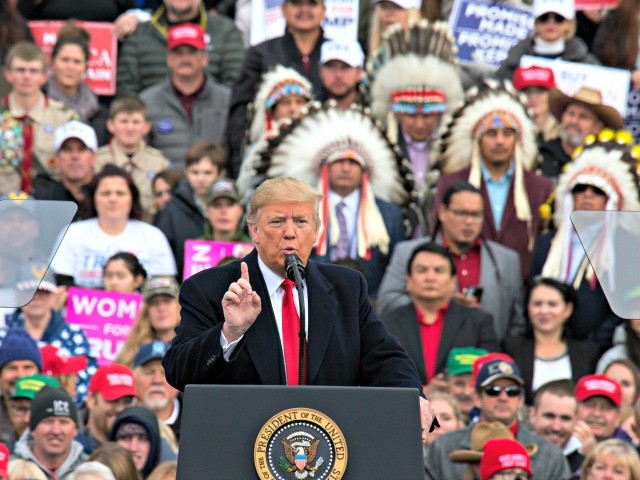 President Donald Trump ridiculed the talking heads on CNN for telling him not to campaign on border security and stopping illegal immigration Saturday at a campaign rally at Bozeman Yellowstone International Airport in Belgrade, Montana.

“Like they’re doing me favors right?” Trump scoffed. “CNN, doing me a favor, telling me what to say, right?”

“CNN is telling me how to run the campaign, but in the meantime, I’m president and they’re not,” he boasted.

The crowd cheered wildly as Trump added, “And their ratings aren’t very good either.”

He explained that the economy was doing great, but that he wanted to talk about fixing problems that still needed to be addressed.