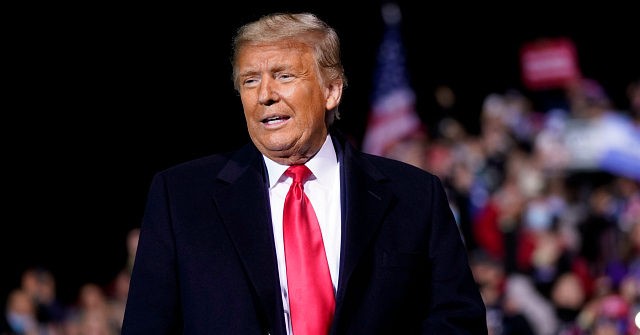 “You know Obama is now campaigning?” Trump asked his supporters at a campaign rally in North Carolina, who booed at the news.

Trump noted that the former president failed to endorse Biden during the Democrat primary and took his time endorsing his former vice president after he won the nomination. He also noted that Obama also campaigned for failed presidential candidate Hillary Clinton in 2016.

“There was nobody that campaigned harder for Crooked Hillary Clinton than Obama right?” Trump asked. “He was all over the place.”

Trump mocked Obama’s assertion that he would never be president.

“I think the only one more unhappy than crooked Hillary that night was Barack Hussein Obama,” Trump concluded, recalling Election Night in the 2016 election.