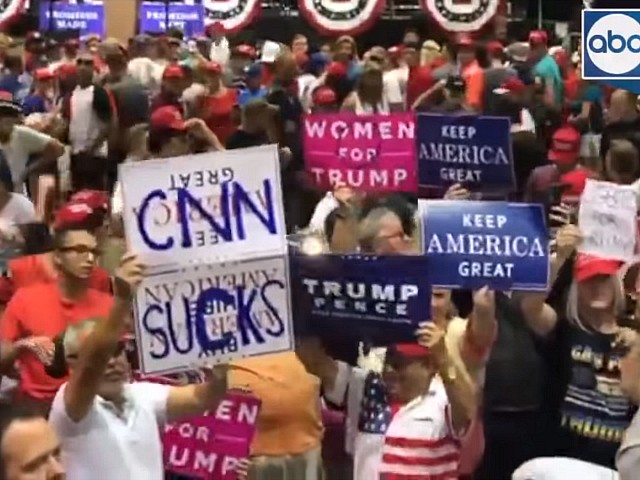 The chant of “CNN Sucks” began briefly at the beginning of the rally after Trump urged the media to lower the climate of hatred in the United States.

“The media also has a responsibility to set a civil tone, and to stop endless hostility and constant negative and oftentimes false attacks and stories,” Trump said.

Trump continued talking despite the shouts, which quickly stopped.

Later, Trump mocked the press for refusing to take a joke, prompting another short round of chants.

“You can’t joke with these people… they can’t take a joke,” he said.

CNN anchors spent most of Wednesday complaining that the “CNN sucks” chants were partially responsible for the bomb scare in their company building.