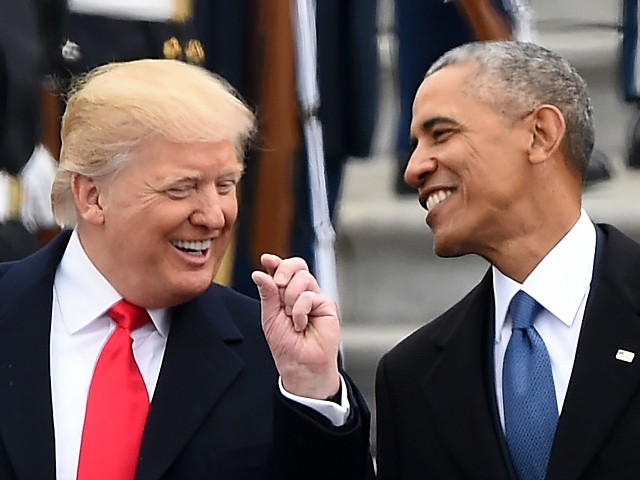 Former President Barack Obama campaigned in Florida on Friday but could only muster at least half of the supporters as President Donald Trump.

Obama drew more than 4,000 supporters to the Ice Palace Film Studios in Miami on Friday afternoon according to reports, a venue that can hold up to 10,000 people.

Trump campaigned at the Hertz Arena that was filled to capacity in Estero, Florida on Wednesday night, drawing a crowd of over 8,000. Estero is a suburb city of Fort Myers, Florida. Some Trump supporters watched the rally outside the arena on a video screen.

Obama rallied for Florida Democrat Senator Bill Nelson and the Democratic candidate for governor Andrew Gillum. The former president said he was happy to go to Miami to enjoy the warm weather, but that there were a lot of good reasons to come to Florida.

Obama was interrupted by protesting hecklers at least four different times at his rally.

“It tells you something interesting that even the folks who are in charge are still mad,” he said. “Because they’re getting ginned up to be mad. That’s the mindset.”

Trump campaigned against the media during his rally, berating them for continued negative coverage of his presidency.

“The far-left media has spread terrible lies and stories about the Trump administration and the tens of millions of people who make up our great movement, the greatest political movement in the history of our country,” he said.

The president also acknowledged the hurricane that hit the Florida Panhandle in October, vowing to work to restore the community.

“Together we will ensure that Florida comes back stronger than ever,” he said.