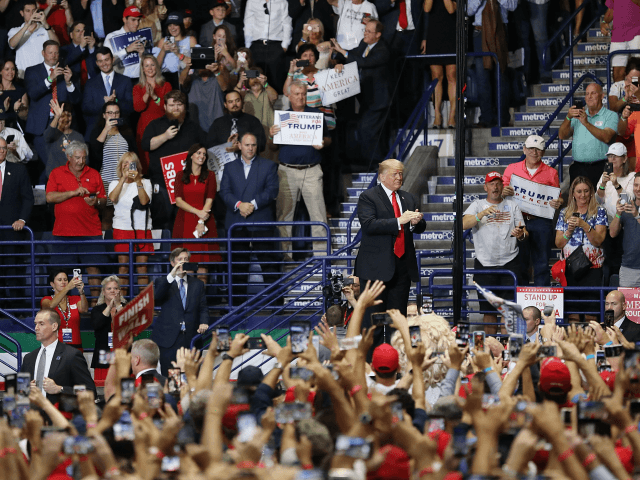 During the rally, DeSantis took the stage to criticize his Democratic opponent Andrew Gillum for taking bribes from an undercover FBI agent and doing favors for lobbyists.

Trump reminded his supporters Gillum was a “radical socialist” who would wreck Florida’s economy.

“Andrew Gillum wants to take a wrecking ball to one of the most successful economies anywhere in the world, the Florida economy, with massive tax hikes, crippling regulations, and a socialist health care takeover that would destroy your state,” he said as the crowd booed loudly.

Trump also warned that Gillum was terrible on immigration, pointing out that he wanted to get rid of ICE and end borders to the United States.