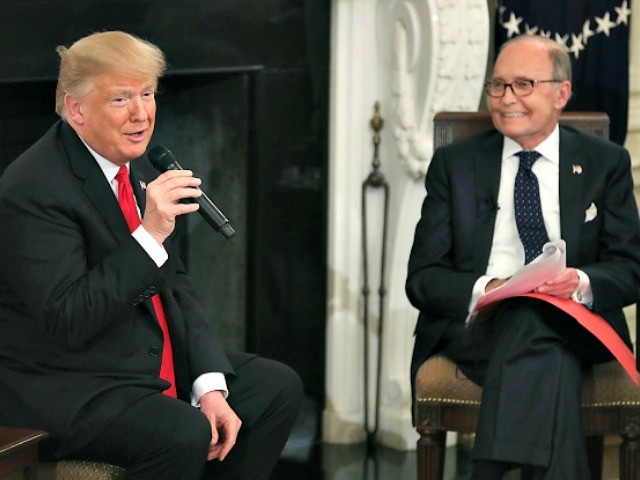 President Donald Trump warned Wednesday that the stock market would likely suffer if Democrats took control of Congress after the midterm elections.

“They’re waiting for the results of the midterms, and if the midterms for some reason don’t do well for Republicans, I think you’ll all lose a lot of money,” Trump said.

The stock market jumped Tuesday and Wednesday, despite heavy losses in October.

The president commented on the strength of the economy during a White House event with his daughter Ivanka Trump and economic advisor Larry Kudlow.

Trump appeared excited about the future of the American economy and despite his warning, said he had a “good feeling” about the results of the upcoming election. He also praised capitalism as an economic model for the world.

Trump said that China’s economy was slowing while the United States was getting better and stronger.

He promised to continue renegotiating trade deals, enforcing the borders, and moving to a skills-based immigration system.