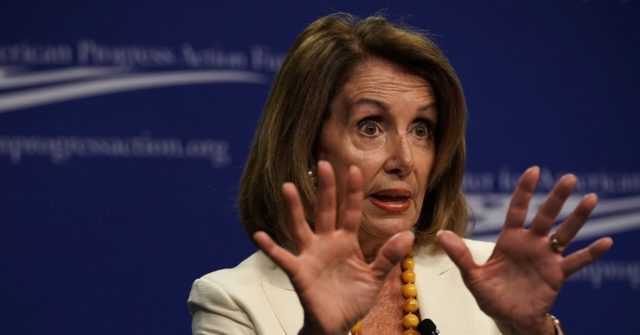 “PELOSI STAMMERS THROUGH NEWS CONFERENCE,” he wrote on Twitter, featuring a highlight clip from Fox Business anchors analyzing Pelosi’s future as Speaker of the House.

In the clip, Pelosi appears to forget the name of Trump’s new trade deal with Mexico and Canada and holds up two fingers as she pronounces a list of “three things” to remember.

The video currently has over 2.5 million views

Trump shared the video after he posited Thursday that Pelosi, 79, was slipping, as she continued to needle the president on investigations.