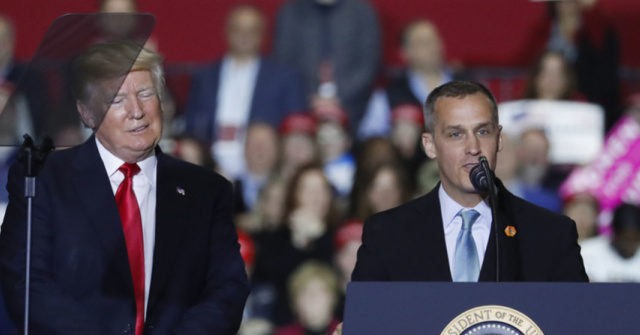 Former President Donald Trump severed ties with Corey Lewandowski on Wednesday after he was accused of sexual harassment, a spokesman for the president confirmed.

“Corey Lewandowski will be going on to other endeavors and we very much want to thank him for his service,” wrote the Director of Communications for Save America and Donald J. Trump, Taylor Budowich, on social media. “He will no longer be associated with Trump World.”

Lewandowski, who served as Trump’s campaign manager until he was fired in June 2016, remained in Trump’s orbit throughout his presidency.

In 2021, Trump appointed him to lead Make America Great Again Action, a Super PAC backed by the former president, before the allegations surfaced,

“Pam Bondi, the very talented and honorable frmr AG of FL, has our complete faith and confidence in taking over MAGA Action,” the statement from Budowich read.

Trashelle Odom, the wife of Idaho construction executive John Odom, accused Lewandowski of repeatedly touching her inappropriately and speaking to her in sexually graphic terms.

“He repeatedly touched me inappropriately, said vile and disgusting things to me, stalked me, and made me feel violated and fearful,” she said in a statement to Politico reporter Alex Isenstadt, who broke the news of the incident that occurred last weekend at a fundraiser.

“I am coming forward because he needs to be held accountable,” Odom said. “I am blessed to have a loving husband and family behind me. I want other women to know that you can be heard, too, and together we can stop terrible things like this from happening.”

A Las Vegas attorney, David Chesnoff, who represents Lewandowski, responded to the accusations in a statement.

“Accusations and rumors appear to be morphing by the minute and we will not dignify them with a further response,” he said.