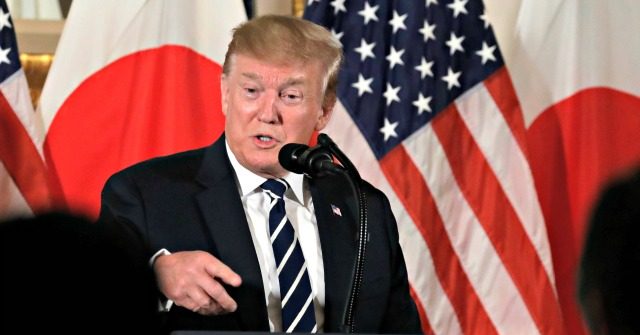 President Donald Trump said Saturday he would not enact tough trade measures against Japan until after Prime Minister Shinzo Abe’s election in July.

The news was reported by Fox News anchor John Roberts after he had a phone call with the president.

“He says while he and Prime Minister Abe will talk trade today and tomorrow, the president will wait until after the July elections in the House of Councillors before really pushing for a deal,” Robert wrote on Twitter.

Trump met with business leaders on Friday to discuss possible deals between the two nations as the president continues to explore a bilateral trade agreement.

“With this deal, we hope to address the trade imbalance, remove the barriers to United States exports and ensure fairness and reciprocity in our relationship. We’re getting close,” Trump said.

He expressed optimism that the two countries could address the trade imbalance between the United States and Japan in the coming months.

“Japan has had a substantial advantage for many, many years, but that’s OK, maybe that’s why you like us so much,” he said.