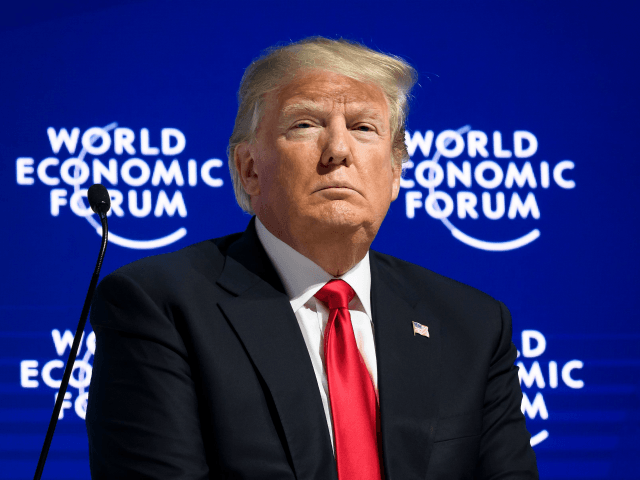 President Donald Trump said he would cancel his trip to Davos, Switzerland later this month if the government shutdown continued.

“I intended to go and speak in front of the world financial community in Davos, that’s still on but if the government shutdown continues, I won’t go,” Trump said.

The president said Americans had a great story to tell on the economy, but conceded that the shutdown fight was more important.
Trump traveled to Davos in 2017, delivering a speech on the restored American economy.