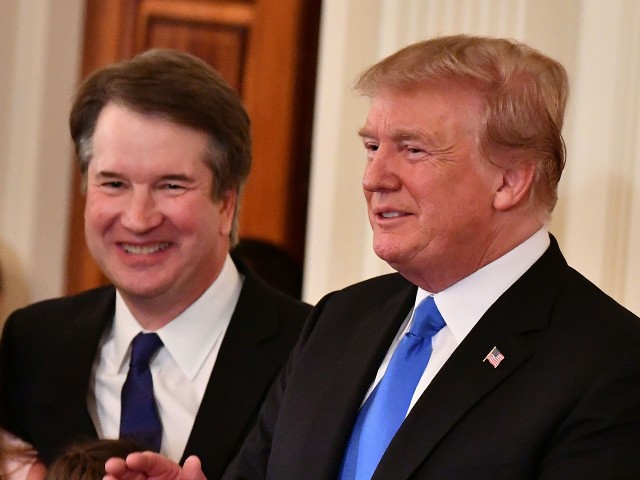 President Donald Trump said Wednesday that Republicans on the Senate Judiciary Committee should have forced a vote to confirm Judge Kavanaugh sooner.

“They could have pushed this through two and a half weeks ago and you would not be talking about it right now, which is frankly what I would have preferred,” Trump admitted.

He spoke to reporters after he arrived at the United Nations building in New York City on Wednesday morning.

Trump noted that Senate Republicans were going out of their way to offer Kavanaugh’s accuser Christine Ford a chance to testify.

“I think the Senate, the Republicans could not be nicer than the way they’re handling this,” he said.

Senate Republicans scheduled a confirmation vote on Friday, and have offered Ford and Kavanaugh a chance to testify to the committee on Thursday.

Trump signaled his impatience with the process, although he provided some deference to Senate Republicans.

“I’m OK with that,” he said. “I think I would have pushed it forward a lot faster.”

He called Kavanaugh “outstanding” and “an absolute gem” and again criticized Democrats for obstructing the proceedings with last-minute allegations.

“They laugh at what they’re getting away with, it’s a con game and that’s what they play,” he said.