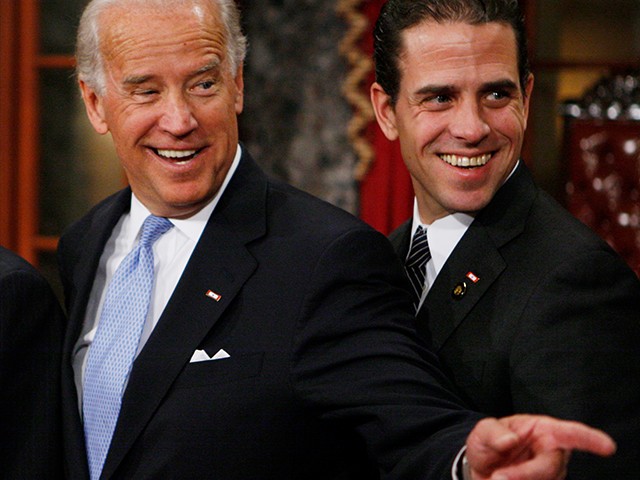 President Donald Trump challenged the media for failing to report details of the new Hunter Biden stories published by the New York Post.

“Your campaign strategy seems to be to call Biden a criminal, why is that?” Reuters reporter Jeff Mason asked President Trump at an airport in Arizona.

Trump spoke as he prepared for a campaign rally in Prescott, Arizona. The president has said that Biden and his son Hunter were “criminal” and should be “locked up” for pursuing lucrative shady deals with overseas businesses.

“Let me tell you something,” Trump continued with the rest of the reporters on his trip. “Joe Biden is a criminal, and he’s been a criminal for a long time, and you’re a criminal in the media for not reporting it,” Trump said. “Good luck everybody. Have a good time.”