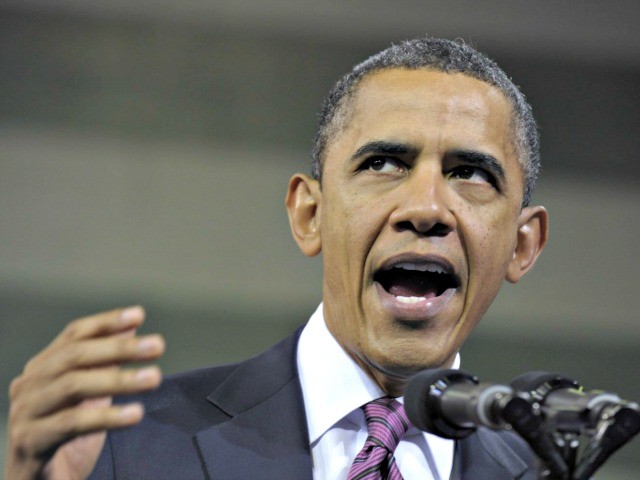 President Donald Trump responded to former President Barack Obama after the former president accused him of lying about health care.

Trump reminded Obama about his lies about health care when he was trying to pass Obamacare.

Obama spoke on Friday afternoon as Trump traveled to West Virginia for a political rally for Senate candidate Patrick Morrissey.

“I had to listen, I was in the plane, I had nothing else to do,” Trump said.

He mocked Obama’s “very small crowd” in Miami as well as his insistence that Trump stop calling the press the enemy of the people.

“Nobody was worse to the press than Obama. Nobody,” Trump said. “In fact, he even used the Justice Department to go after reporters.”

Trump scoffed at Obama’s plea to be “nice to the fake news.”

“No thank you,” Trump said.

Trump also mocked Obama for the South Korean trade deal claiming that it killed over a hundred thousand jobs in the United States.

“Lie after lie, broken promise after broken promise, that’s what he did,” he said. “Unlike President Obama, we live by a different motto, it’s called promises made, promises kept.”