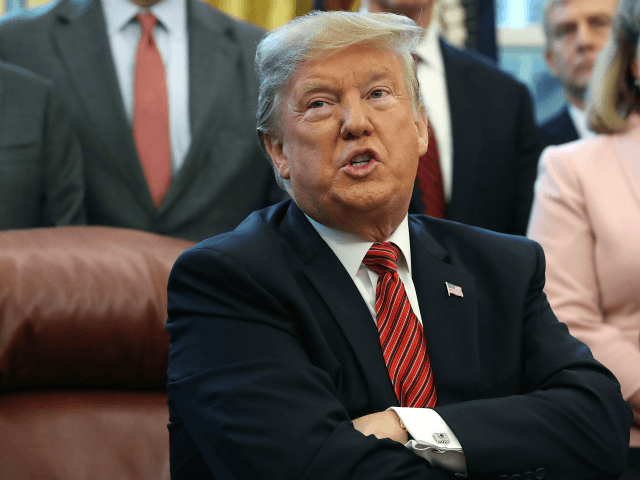 “Gave an OFF THE RECORD luncheon, somewhat of a White House tradition or custom, to network anchors yesterday – and they quickly leaked the contents of the meeting,” Trump wrote on Twitter. “Who would believe how bad it has gotten with the mainstream media, which has gone totally bonkers!”

The New York Times, who was not invited to the lunch held at the White House on Tuesday afternoon, published details of the meeting shortly after the president concluded his Oval Office address.

Two people “briefed on the meeting” revealed that Trump was cynical about whether his planned trip to the border would help shift Democrats towards making a deal.

“It’s not going to change a damn thing, but I’m still doing it,” he said frankly, according to sources.

Wednesday night, Trump was infuriated by the off-the-record betrayal and the ongoing effort by the mainstream media to blame him for the shutdown, despite multiple compromises.

“The Mainstream Media has NEVER been more dishonest than it is now,” he said.

The president referred to the establishment media as the “opposition party,” who was working with Democrats to hurt his presidency.

“NBC and MSNBC are going Crazy. They report stories, purposely, the exact opposite of the facts,” he said. “They are truly the Opposition Party working with the Dems. May even be worse than Fake News CNN, if that is possible!”