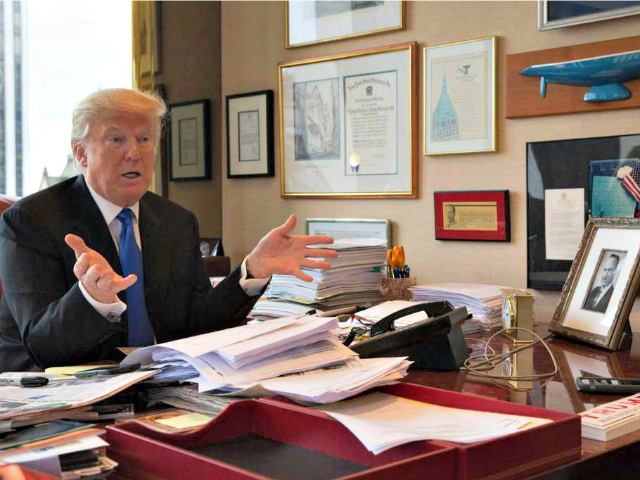 He described as “Fake News” reports that Rudy Giuliani and other members of his legal team did not have a planned response to the Mueller report.

Trump spent most of the morning highlighting the conflicts of interest of the investigators on Mueller’s team, suggesting that the information should be included in the final report.

“Robert Mueller and Leakin’ Lyin’ James Comey are Best Friends, just one of many Mueller Conflicts of Interest,” he wrote on Twitter:

It has been incorrectly reported that Rudy Giuliani and others will not be doing a counter to the Mueller Report. That is Fake News. Already 87 pages done, but obviously cannot complete until we see the final Witch Hunt Report.