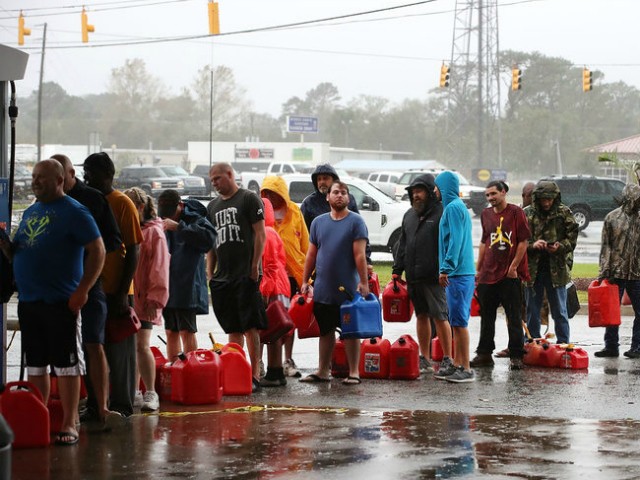 “Right now, everybody is saying what a great job we are doing with Hurricane Florence – and they are 100% correct,” he wrote on Twitter. “But don’t be fooled, at some point in the near future the Democrats will start ranting…”

Trump praised FEMA officials, military troops, and emergency first responders for their work, but he predicted that Democrats will say they were “not doing a good job.”

“This will be a total lie, but that’s what they do, and everybody knows it!” he wrote.

The president also thanked the Coast Guard for its efforts:

Thank you to our great Coast Guard for doing such a tremendous job – thousands of lives being saved! https://t.co/Ud8AT1orf8 pic.twitter.com/YEFnGMmwoV

During a reception for Hispanic Heritage month, Trump recognized the victims of the hurricane and the flooding.

“To every family who has lost a loved one in these really devastating hurricanes and storms: All of America grieves with you,” he said. “Our hands are folded in prayer and outstretched with love. We will never, ever leave your side.”