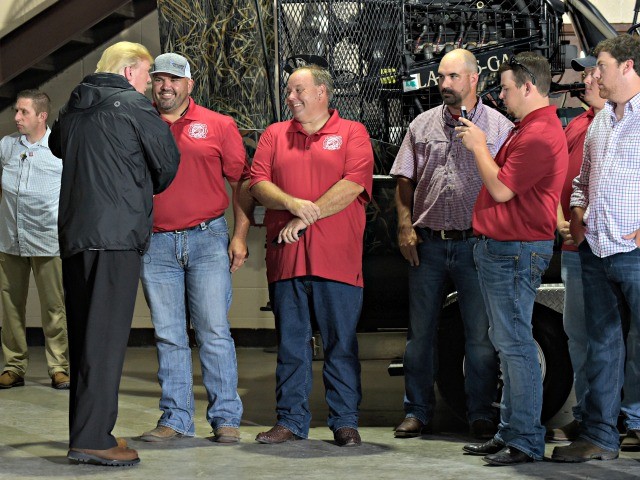 President Donald Trump celebrated the “Cajun Navy,” a group of citizen volunteers who traveled to rescue citizens from the wrath of Hurricane Florence.

“We love the Cajun Navy – THANK YOU!” Trump wrote on Twitter on Friday, sharing a video of the group.

The Cajun Navy was formed after Hurricane Katrina hit Louisiana in 2005. They also rescued hundreds of victims in the 2017 hurricane season in Texas during Hurricane Harvey. About 1,000 volunteers traveled up to the Carolinas to help with victims of Hurricane Florence.

Cajun Navy is awesome! They evacuated over 500 people last night during the storm. https://t.co/pwGEtfjdiO

Many volunteers of the Cajun Navy participated in the rescue of hundreds of citizens who were caught by rising tides in New Bern, North Carolina.

Todd Terrell, founder and president of the United Cajun Navy, spoke to National Public Radio on Friday about their efforts.

He said that the sudden storm surge surprised many North Carolina citizens.

“It’s people helping people,” he said shortly, about the volunteers who joined his organization.

God bless the civilian samaritans of the Cajun Navy – men and women from my beloved Louisiana – they are being credited, by local official, with making rescues overnight in North Carolina #HurricaneFlorence