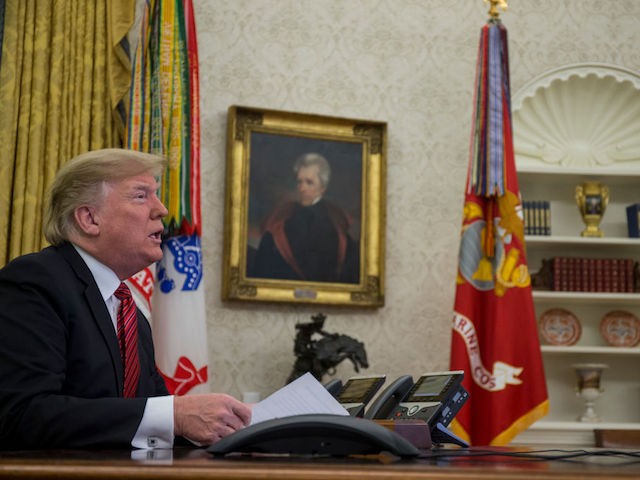 President Donald Trump announced on Monday his plan to deliver a prime-time address from the White House on border security on Tuesday.

“I am pleased to inform you that I will Address the Nation on the Humanitarian and National Security crisis on our Southern Border,” Trump wrote on Twitter. “Tuesday night at 9:00 P.M. Eastern.”

The address will be Trump’s first address to the nation from the Oval Office as president.

Outside Trump loyalists cheered the news, after encouraging the president for weeks to bring his tough border security message straight to the people.

The prime-time network shows that would be affected by the address are NBC’s Ellen’s Game of Games, Fox’s The Gifted, CBS’s FBI and ABC’s show Blackish.

The New York Times first reported that the White House had asked networks to interrupt prime-time programming on Tuesday, according to “a person familiar with the request.”

New York Times media reporter Michael Grynbaum reported that at least two major networks are debating whether they will surrender time to the president’s speech.

In 2014, the networks declined to air a 2014 Obama address on immigration reform and the speech aired only on cable and online.

The White House also announced that the president also plans to visit the Southern Border on Thursday to highlight the need for more border security.