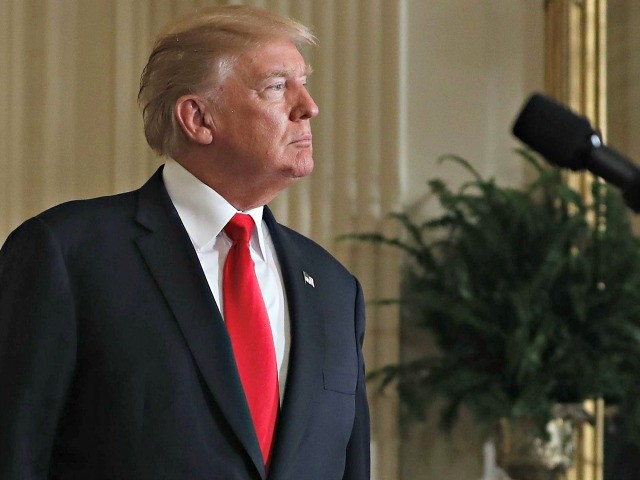 President Donald Trump made a moral and emotional case for border security and the border wall, saying in his January 9 White House speech that people build walls to protect the people they love.

“Some have suggested a barrier is immoral,” Trump said in reference to House Speaker Nancy Pelosi’s comments about the wall being an “immorality.” Trump continued with his fairness argument:

Trump emphasized fairness throughout his speech. For example, he described the impact of cheap labor illegal migration on Americans, saying:

All Americans are hurt by uncontrolled, illegal migration. It strains public resources and drives down jobs and wages. Among those hardest hit are African Americans and Hispanic Americans.

The president emphasized the damage caused by cross-border drug smuggling:

Our southern border is a pipeline for vast quantities of illegal drugs – including meth, heroin, cocaine,and fentanyl. Every week, 300 of our citizens are killed by heroin alone – 90 percent of which floods across from our southern border. More Americans will die from drugs this year than were killed in the entire Vietnam War.

To those who refuse to compromise in the name of border security, I would ask: Imagine if it was your child, your husband, or your wife, whose life was so cruelly shattered and totally broken?

To every Member of Congress: pass a bill that ends this crisis.

To every citizen: call Congress and tell them to finally – after all of these decades – secure our border.

This is a choice between right and wrong.  Justice and injustice.  This is about whether we fulfill our sacred duty to the American citizens we serve.

“This is a humanitarian crisis – a crisis of the heart and a crisis of the soul,” he said when describing the impact of the coyotes’ labor-trafficking of migrant workers into the U.S. job market:

Last month, 20,000 migrant children were illegally brought into the United States – a dramatic increase.  These children are used as human pawns by vicious coyotes and ruthless gangs. One in three women are sexually assaulted on the dangerous trek up through Mexico. Women and children are the biggest victims by far of our broken system.

This is the tragic reality of illegal immigration on our Southern Border. This is the cycle of human suffering I am determined to end.

“The President has chosen fear – we want to start with facts,” said Pelosi. Trump is motived by “malice,” has manufactured a crisis and is holding Americans hostage to get a wall, she said.

The growing rush of economic migrants at the border is only a ”humanitarian challenge,” she argued:

The fact is, the women and children at the border are not a security threat. They are a humanitarian challenge, a challenge that President Trump’s own cruel and counterproductive policies have only deepened. And the fact is, President Trump must stop holding the American people hostage.

“We can welcome legal immigrants and refugees without compromising safety and security,” said Schumer. “The symbol of America should be the Statue of Liberty, not a 30-foot wall.”’

“Democrats in Congress have refused to acknowledge the crisis,” Trump said in his speech, which largely downplayed criticism of Democrats. “Hopefully, we can rise above partisan politics.”