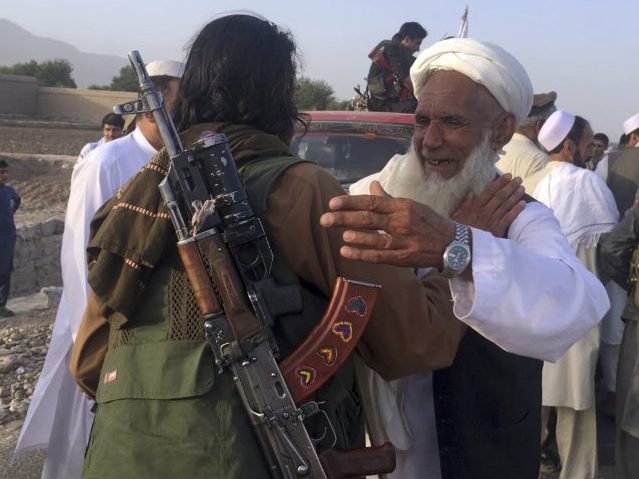 “Fighting continues but the people of Afghanistan want peace in this never ending war,” he wrote on Twitter. “We will soon see if talks will be successful?”

Taliban officials and American negotiators agreed to the outlines of a peace agreement between Afghanistan officials and the Taliban and are exploring details of a commitment to keep terror groups out of the country.

The president also cited progress in his fight against the Islamic State in Syria.

“Caliphate will soon be destroyed,” he promised. “Unthinkable two years ago.”

When I became President, ISIS was out of control in Syria & running rampant. Since then tremendous progress made, especially over last 5 weeks. Caliphate will soon be destroyed, unthinkable two years ago. Negotiating are proceeding well in Afghanistan after 18 years of fighting..

….Fighting continues but the people of Afghanistan want peace in this never ending war. We will soon see if talks will be successful? North Korea relationship is best it has ever been with U.S. No testing, getting remains, hostages returned. Decent chance of Denuclearization…