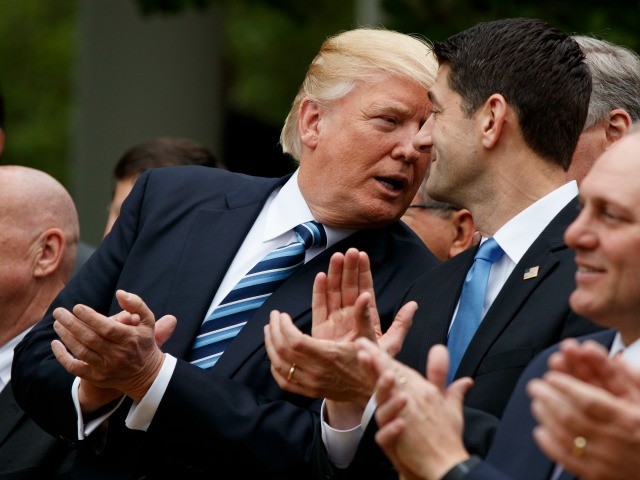 President Donald Trump said ex-speaker Paul Ryan failed to deliver funding for a wall on the Southern border, despite a promise to do so.

The president said Ryan begged him not to veto the $1.3 trillion omnibus spending bill in March 2018, promising wall funding in another bill.

“Paul told me in the strongest of terms that, ‘Please sign this and if you sign this we will get you that wall,’” Trump recalled in an interview with the Daily Caller.

Trump said he granted Ryan’s wish, but he was disappointed when the speaker announced his plan to retire before the 2018 midterm election.

The president added that it was “very unusual” for Ryan to announce his decision to retire before the election.

He also said that despite the Omnibus bill’s enormous cost, he was pleased that it refunded the military.

“[I]t was so much more money than anyone ever thought possible for the military,” he said. “And equal to the wall, and maybe even greater than the wall was my promise to refurbish the military.”