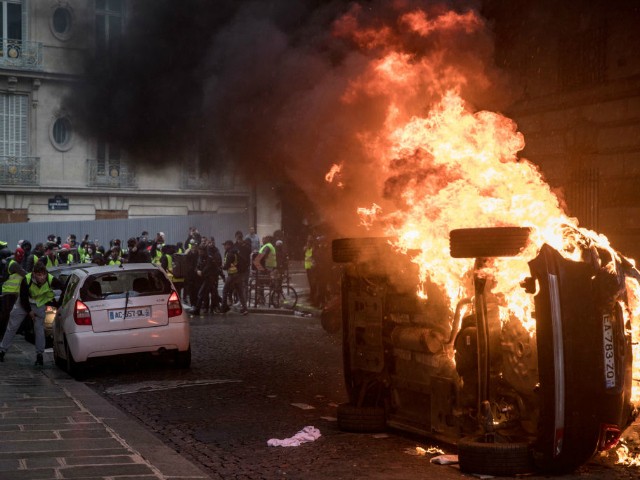 President Donald Trump blamed the Paris climate accord on Thursday for the continued protests in France against President Emmanuel Macron.

“Let me tell you, the Paris accord’s not working out too well for Paris,” Trump said in a Fox News interview with host Harris Faulkner. “Because of the Paris accord, that whole country is burning down.”

The “yellow vest” protests were first sparked in protest of Macron’s fuel taxes in order to shift the country away from fossil fuels.

Trump said he was proud to have withdrawn the United States from the Paris climate deal reached by world leaders under former President Barack Obama.