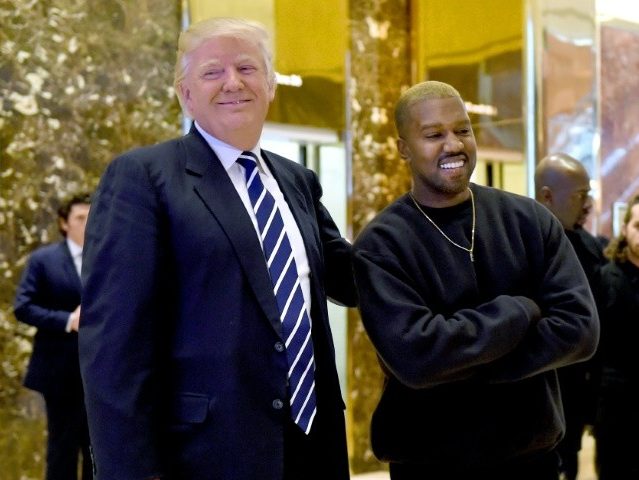 President Donald Trump spoke warmly about Kanye West ahead of his meeting with the hip-hop superstar on Thursday.

“I like him a lot, he’s been a friend of mine, I’ve known him for a long time,” Trump said in a phone interview with Fox and Friends.

“He’s a very different kind of a guy, I say that in a very positive way … those that are in the music business say he’s a genius and that’s ok with me,” Trump said.

Trump credited West for his poll numbers spiking, citing a Reuters poll that showed his support doubling in the black American community.

“He’s got a big following in the African-American community, a big following, and he has in a lot of communities,” Trump said. “He is respected and he is a great guy.”

The president has referred to West during his campaign rallies, telling supporters that the superstar “gets it.”

“He’s been a terrific guy,” Trump told reporters at the White House on Tuesday. “You know, he loves what we’re doing for African American jobs, for so many different things.”

The president said that he looked forward to the lunch with West, which will include a discussion about increasing job opportunities in places like Chicago and reducing crime.

West has signaled his willingness to meet with Trump, urging the black community to work with the president instead of condemning him as a racist.