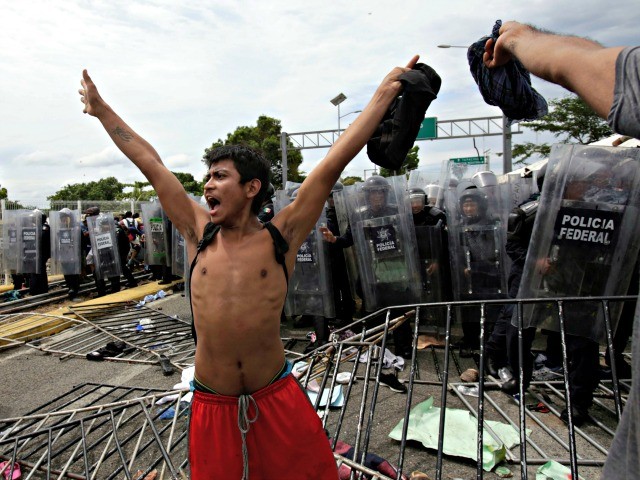 President Donald Trump said Friday he would not allow the caravan of migrants fleeing Honduras into the United States.

Trump insisted that there were criminals in the group.

“You listen to the fake news back there and you think they’re all wonderful people, right?” he asked.

Trump explained that group of over 4,000 migrants was now clashing with Mexican authorities, attempting to cross into their country by force.

Trump said that Democrats are “openly inviting” illegals to pour across the border into the United States.

He lamented that the current laws allowing “catch and release” of migrants claiming asylum were weak, enticing others to do the same.

“The law doesn’t allow us to throw them the hell out,” Trump said.

He blamed Democrats for obstructing his attempts at reforming the country’s immigration laws.

“Let’s get these people out of there, there’s something wrong, they’re cuckoo,” he said.

I asked President Trump what evidence he had that “hardened criminals” are trying to enter the country. “Oh please, please, don’t be a baby,” was his response.