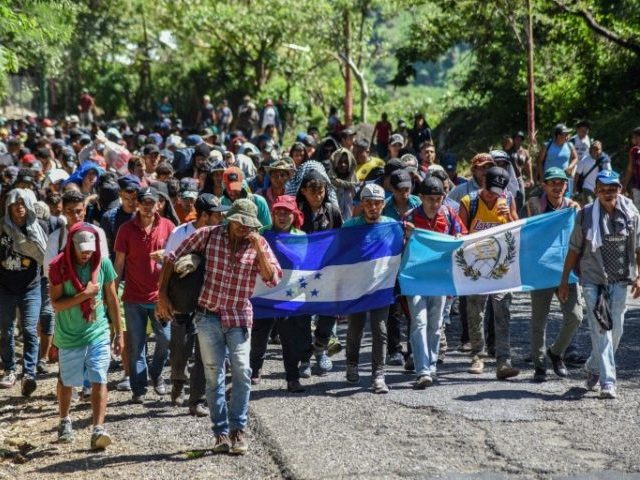 President Donald Trump expressed skepticism on Saturday about the conditions of the migrants traveling with caravans through Mexico to get to the United States.

“They’re talking about all their great fear, all their problems with their country, but they’re all waving their country’s flag. What is that all about?” Trump commented about the caravans as he left the White House on Saturday to visit the wildfire devastation in California.

“If they have such fear, such problems, and they hate their country, why do we see all the flags being waved for Guatemala or Honduras or El Salvador?”

“This has nothing to do with asylum; this has to do with getting into our country illegally,” he said.

Trump again stated that “catch and release” for migrants claiming asylum, who then fail to return for their court hearings is over.

“They think they’re going to be released into our country like in the old days. … We’re not releasing. They don’t get released,” Trump said.

Trump also said he would keep the thousands of troops at the southern Border “as long as necessary” to help protect the country, and he praised the troops for building and manning barbed wire fences on the border.

The president expressed openness to immigration into the United States but only if it is legal.

“We have millions of people in line to get into our country legally,” he said. “Those people have preference.”