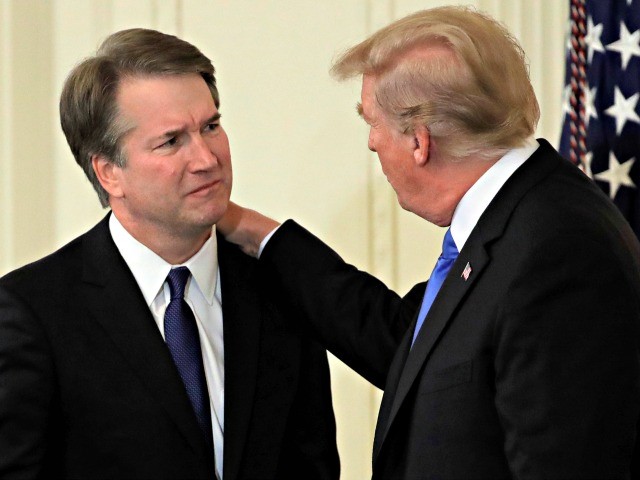 President Donald Trump said Monday he supports the FBI investigation of Brett Kavanaugh, his nominee to the Supreme Court, but also said he does not want to subject him to a witch hunt.

“We don’t want to go on a witch hunt, do we?” Trump said to reporters in the White House Rose Garden on Monday.

The president said he was willing to allow the FBI to conduct a thorough investigation of Kavanaugh before the final confirmation vote was held in the Senate.

“I’d like it to go quickly. … It’s unfair to him at this point,” Trump said, expressing sympathy for Kavanaugh’s wife and children.

He said he understood Kavanaugh’s drive to be the best student at his high school and Yale.

Trump also said he believes Kavanaugh was honest about his college and high school drinking and pointed out a double standard from senators and members of the media.

But he stated his support for Senate Republicans’ efforts to answer all necessary questions.

“My White House will do whatever the senators want,” he said. “The one thing I want is speed.”