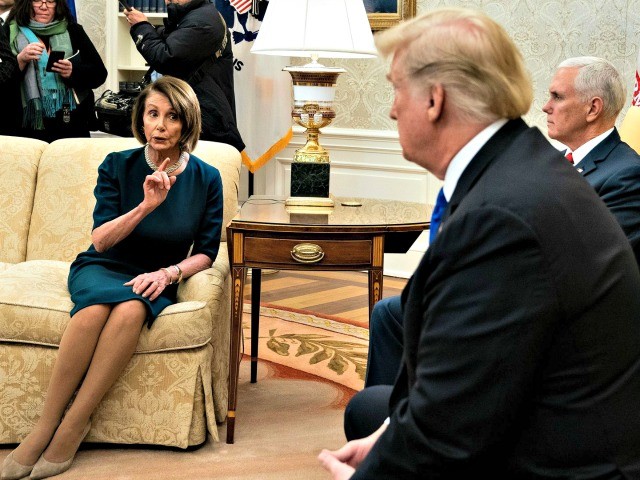 President Donald Trump revealed that Nancy Pelosi reassured him Democrats would not impeach him during a meeting at the White House on Friday.

Trump spoke with reporters in the Rose Garden after meeting with Democrats for two hours.

Talk of impeaching Trump increased after Democrats took power in the House of Representatives on Thursday, electing Pelosi as Speaker of the House.

Pelosi’s deputy chief of staff Drew Hammil disputed Trump’s account of the meeting, saying that she was only referring to the topic of the meeting.

“In his opening comments at the meeting, President Trump brought up impeachment,” Hammil said on Twitter. “Speaker Pelosi made clear that today’s meeting was about re-opening government, not impeachment.”

Pelosi has urged Democrats to wait until Robert Mueller issues the final report of his Russia investigation before they make any decisions on impeachment, but has stated she believes it is possible to indict a sitting president.