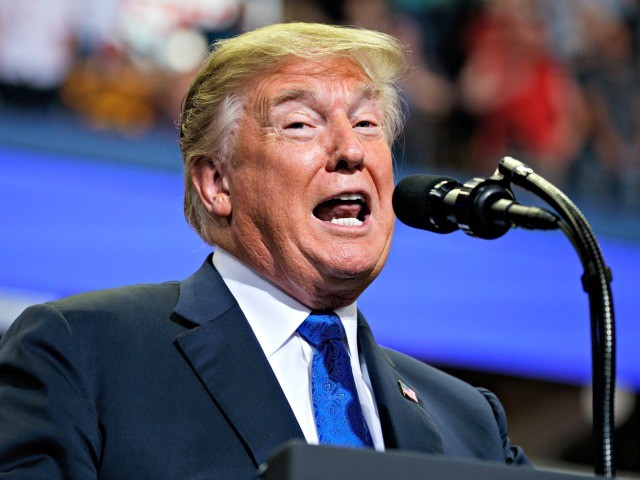 Trump mocked Ford for testifying that she had one beer, but then said “I don’t remember” when asked about the exact date, time, or place of the alleged assault.

He signaled his disgust with the allegations that extended Kavanaugh’s confirmation vote in the Senate.

He cautioned that the new standard set by the left was dangerous for the country.

“They destroy people, these are really evil people,” he said, and added. “Guilty until proven innocent – that’s very dangerous for our country.”

He also repeated his insults of Democrats in the Senate who were attacking Kavanaugh, including “Da Nang” Sen. Richard Blumenthal, who “cried like a baby” when he was caught lying about his record of service in Vietnam, as well as insults of Sen. Corey Booker and Sen. Dianne Feinstein.

Trump also pointed to Sen. Patrick Leahy’s use of alcohol.

“Oh, he’s never had a drink in his life,” Trump joked. “Check it out. Look under Patrick Leahy slash drink.”