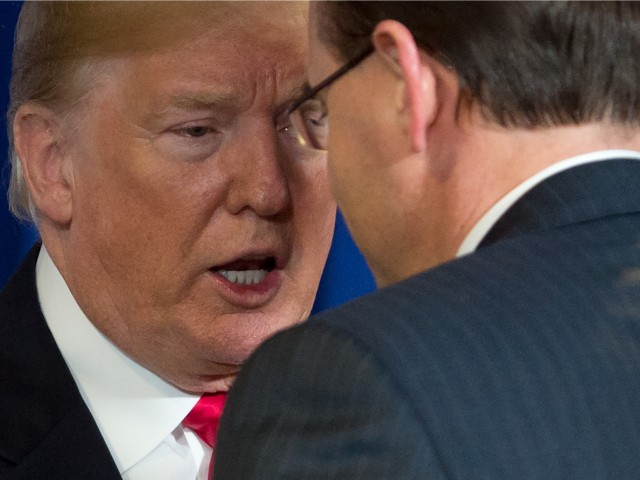 President Donald Trump is traveling to Florida aboard Air Force One with Deputy Attorney General Rod Rosenstein and will likely discuss his future at the Justice Department.

When reporters asked if he had plans to fire Rosenstein, Trump replied, “No, I don’t.”

Trump is scheduled to speak in Florida at the International Association of Chiefs of Police Annual Convention on Monday.

“We’re going to be talking on the plane. I actually have a good relationship. … We’ll see,” he told reporters at the White House as he left for the trip. “I get along very well with him.”

Trump postponed a planned meeting with Rosenstein until after he returned from the United Nations summit in New York and after the confirmation drama surrounding Supreme Court Justice Brett Kavanaugh.