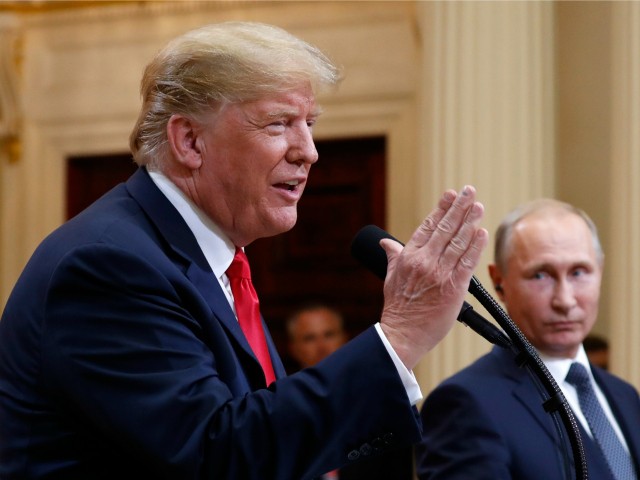 President Donald Trump accused the media and Democrats of helping the Russians further divide the United States by focusing too much attention on special counsel Robert Mueller’s investigation of Russian attempts to meddle in the election.

“They like to sow chaos and discord,” Trump said about Russia in an interview with the Associated Press. “Well, if that’s the case, you gave it to them on a silver platter because this is ridiculous.”

Trump scoffed at the idea that he would need Russia to win the presidential election.

Trump said the Democrats used the Russia investigation as an excuse for Hillary Clinton’s overwhelming defeat in the 2016 election.

He also argued that his son, Donald Trump Jr., did nothing wrong by meeting with the Russian woman who said they had information about Clinton.

“He did absolutely nothing wrong. And there’s nobody harder on my son than I am,” Trump said. “And I would tell you, the press has made a fake news deal out of that meeting. If he did something wrong, I would have been livid.”

Trump said that although there was a pretense of possibly obtaining dirt on Clinton, it was clear that the meeting was about a different subject entirely.

“They couldn’t get out of the meeting fast enough,” Trump said, recalling the meeting that Trump Jr., Paul Manafort, and his son-in-law, Jared Kushner, attended. “Now here’s the important thing. After the meeting, nothing happened.”