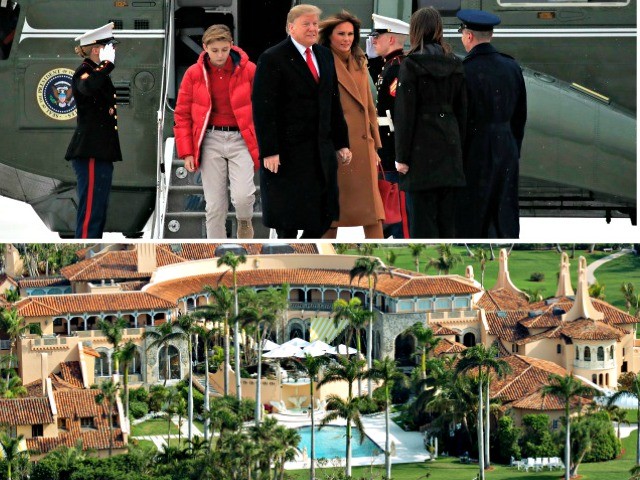 President Donald Trump left the White House on Friday to spend Super Bowl weekend at his club at Mar-a-lago in Florida.

The President and first lady Melania Trump, together with their son Barron Trump, boarded Marine One on Friday afternoon for the trip.

“See you in Florida,” Trump said to reporters as he left the White House.

This is the first time in over a month that the president has left the White House to spend time at his vacation home in Florida. The president remained in Washington, DC, for Christmas and New Years during the ongoing partial government shutdown that lasted for 35 days.

Trump usually hosts a Super Bowl party at his golf club in West Palm Beach — and this year the New England Patriots, one of his favorite NFL teams, return to the championship game on Sunday.

His daughter Ivanka Trump and his son-in-law Jared Kushner were also spotted boarding Air Force One on Friday.