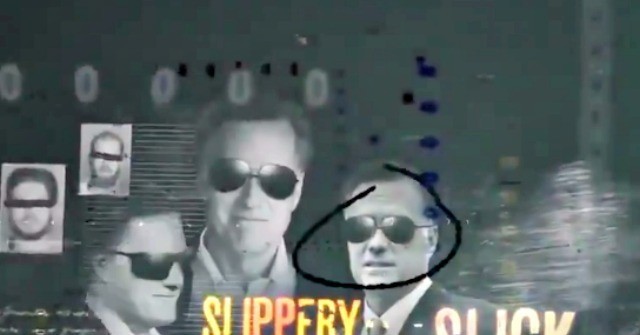 President Donald Trump released a devastating video criticizing Mitt Romney after the Utah senator voted to impeach him as president.

“Slick, slippery, stealthy Mitt Romney had us fooled,” the narrator of the anti-Romney video says over images of Mitt Romney in sunglasses.

The video reminded Trump supporters that Romney initially visited the president after he was elected, trying to win Trump’s favor so he could be nominated Secretary of State.

“Posing as a Republican, he tried to infiltrate Trump’s administration as Secretary of State,” the narrator continues. “Now his cover is blown.”

The video calls Romney a “Democrat secret asset” and reminds viewers he failed to beat President Obama in 2012.

The video then reminds supporters of Trump’s ultimate victory in 2016 against Hillary Clinton.

Citing his faith, Romney said Wednesday on the Senate floor that he felt that Trump was guilty and deserved to be impeached.

Romney was the only Senate Republican to vote for impeachment.