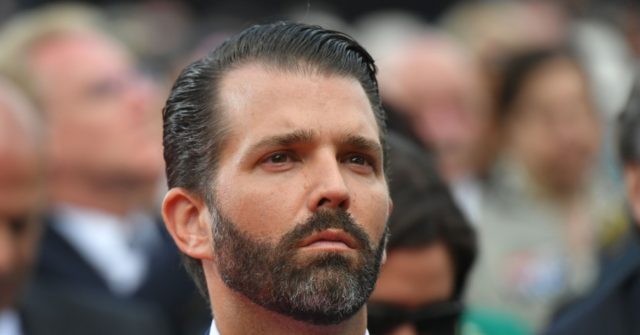 Donald Trump Jr. torched Nike over its decision to remove the Betsy Ross flag design from one of its sneaker brands after former NFL anthem protester and Nike spokesperson Colin Kaepernick called the labeling on the shoes “offensive.”

If the Betsy Ross Flag, the flag of the American Revolution, is too offensive for Nike to commemorate The 4th of July maybe Nike should go with this… seems to be more in line with their views. pic.twitter.com/prAyOwTOau

Nike initially planned to roll out the “Betsy Ross Flag” shoe to celebrate America’s birthday in time for the Fourth of July holiday but ditched the America-themed shoe over Kaepernick’s concerns that the flag had a connection to slavery.

The flag featured stars from the original 13 colonies of the U.S. and was designed by Betsy Ross in the late 1770s as a request from then-general George Washington to create a flag that would represent the newly-formed nation.

Despite the backlash from Trump Jr. and others, the company said in a statement that it did not want to “unintentionally offend” those trying to celebrate the nation’s birthday.

“We regularly make business decisions to withdraw initiatives, products, and services. Nike made the decision to halt distribution of the Air Max 1 Quick Strike Fourth of July based on concerns that it could unintentionally offend and detract from the nation’s patriotic holiday,” the statement read.